Friends we need your help to getting a bill passed in the NJ Senate & Assembly to put a 2 week time limit on dogs who are put in the shelter during a court case. Right now in NJ legally there is no limit, so dogs can languish in the shelter for a long time until the court case is heard. In the meantime, the dog suffers from anxiety, loneliness, and fear. Email the following Legislators regarding Bill A4533/S2868

Here is a sample letter:

Bill A4533/S2868 provides for advocate in criminal cases concerning welfare or care of animal. This bill is for all of the Shelter Volunteers and Staff and anyone who has had the experience of witnessing and watching the gradual deterioration of dogs that are held for lengthly periods of time in a Shelter.  This bill is for anyone who believes that animals can feel, can feel pain, fear and joy.  This bill is for all of those animals that do speak but not our language.  They are crying out for us to rescue them from their misery of being punished, once by their misfortune of winding up caged and again from a system that keeps them locked up and lonely and terrified.

I appeal to you to please put these bills on the Agenda for a vote  in their respective committees ASAP.   An Advocate bill for seized dogs is desperately needed and long overdue.  Please be their hero.

A wonderful woman who has spent thousands of hours volunteering can explain more in a truly impassioned way.  This is her plea:

I was a volunteer dog walker in an animal shelter for many years and I personally witnessed the suffering caused when animals are seized from their abusive or neglectful owners and then forced to live for months and months in a cage, many never coming out at all because the shelters are too fearful to allow them to come out and be walked due to the animals being involved in the court system and the possibility of something happening to the dog while they are in the shelter’s care.

Not only did these dogs suffer at the hand of their owners, but then once finally removed they suffered tremendous loneliness in the shelter system, due to the lengthy delays of the court system. The courts would delay the cases over and over again, so the dogs would be in limbo for many months and in some cases a year or more, and in some situations, staying in their cage 24/7, without the ability to get a walk, smell fresh air, be pet, or receive any socialization whatsoever.

These animals would become severely depressed and confused as to why they were being punished in this way, after suffering so much their whole lives. You would start to see the look on their faces change, the hope they had for being rescued from their owners, slowly diminish, as they were being neglected yet again, this time in a court system with endless delays.

I witnessed dogs truly suffering in loneliness and there was nothing I could do to alleviate that loneliness. It was heart wrenching thing to see on a daily basis. And just when we would get word there would be a court date, we would get the news it was once again delayed. Meaning more months of the dogs sitting in limbo and loneliness.

This bill would finally put an end to that and appoint them a guardian that would look out for their welfare and make sure the courts acted in a timely manner to resolve the cases. 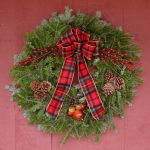 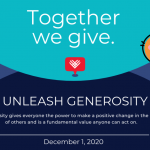